Today I’m launching Pyinstrument 2.0. Pyinstrument was my first open-source library to have widespread usage, so it’s very dear to my heart.

Pyinstrument tells you which sections of code are making your software slow. It does this by observing your program’s execution and then presenting a report that highlights the slow parts. Check it out on Github. 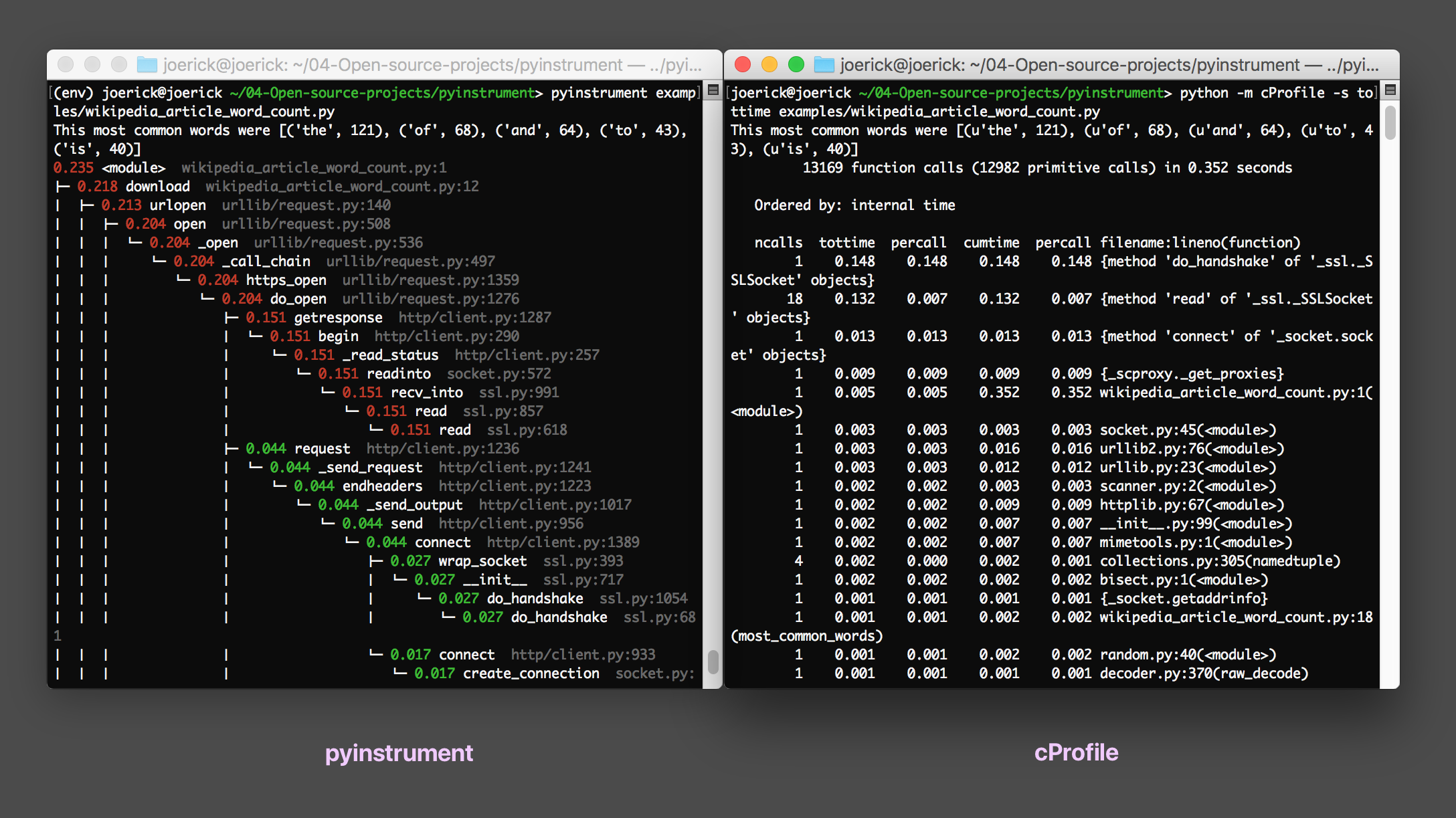 This update brings a few improvements, mostly by changing the underlying technology.

I made pyinstrument for two reasons - one, I found it difficult with profile/cProfile to find the code to focus on, and two, I wanted the profiler to have very low overhead so instrumenting the code would not distort performance.

The easiest way to implement this is via an OS-provided feature called ‘signals’. A program can ask the OS to send a signal in the future, and when it does, Python will run a ‘signal handler’ function. This is how Pyinstrument 1.0 does its profiling. However, it comes with some problems.

To work around these problems, Pyinstrument shipped with ’setprofile’ mode. In this mode, Pyinstrument would use the Python-supplied sys.setprofile() call to get callbacks from the interpreter, but would ignore them until 1ms had passed. This was fine, but it brings back some of the original problems - notably, the timings distortions when a lot of function calls are used.

C extensions to the rescue!

Lurking in the Python C API is the function PyEval_SetProfile which is the hook that cProfile uses to get access to the frame objects without the overhead of a Python C function call.

By combining the technique used in pyinstrument 1.0’s ‘setprofile’ mode with this PyEval_SetProfile call in a C extension we have a pretty neat solution! 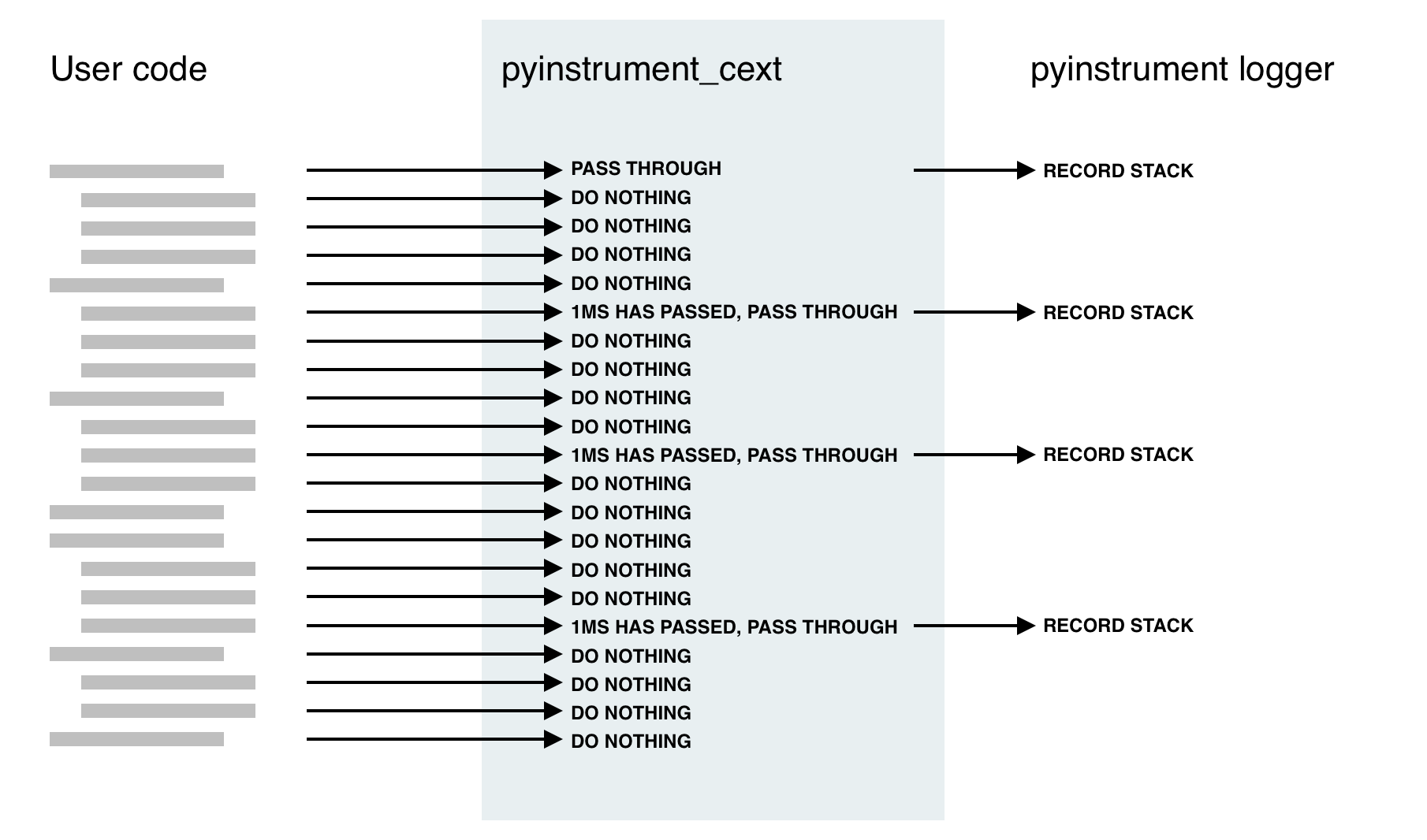 As far as Python’s concerned, it works exactly the same as cProfile, so there are no more problems with signals. What’s more, it’s still really fast - half the overhead of cProfile, while getting the benefits of recording the entire stack.

A few more things in this release:

So if you’re in the Python performance game, pip install pyinstrument or hit up github.com/joerick/pyinstrument and let me know what you think of the new version!